Egypt, a country linking northeast Africa with the Middle East, dates to the time of the pharaohs. Millennia-old monuments sit along the fertile Nile River Valley, including Giza’s colossal Pyramids and Great Sphinx as well as Luxor’s hieroglyph-lined Karnak Temple and Valley of the Kings tombs. The capital, Cairo, is home to Ottoman landmarks like Muhammad Ali Mosque and the Egyptian Museum, a trove of antiquities.

Check your baggage to confirm all important things such as passport, Tickets, Receipt of Hotel booking, medications etc are with you and then reach at Hazrat Sahajalal International Airport yourself 2 hour before of your flight time. Your journey will start from here. Take the flight towards Alexandria International Airport. After your arrival our local representative (Your personal agent) will meet you there at the airport. And then after a short briefing about your tour you will be transferred to Hotel. Check in hotel and then rest for overcoming travel tiredness. Overnight stay at Hotel in Alexandria.

After breakfast you will be taken out for visiting the Catacombs Of Kom El Shoukafa. Kom El Shoukafa is an underground wonder   world of ornate carvings and paintings and a mixture of Roman and Egyptian designs. It is the largest Roman Funerary complex in Egypt. And dates from the second century A.D. This warren of tombs, on three levels, also contains the Triclinium, where relatives used to sit on stone benches to feast the dead, and a central tomb with reliefs of bearded serpents. Inside are 2nd century A.D. statues of Sobek and Anubis wearing roman armor. Citadel Of Fort Qaitbey: This citadel is the further most edifices on the harbors arm. The fort is on the original site of the Pharos, Alexandria’s ancient lighthouse, built in 279 BC to a height of 12 meters and topped with the statue of Poseidon. Although Pharos was restored at various times it had finally crumbled by the time the original fort was built here, in the 1480’s. This magnificent structure houses Fort Qait Beys naval museum. The roman theater: Discovered in 1964, after 30 years of excavation, this well preserved ancient Roman Theatre with the marble seats, galleries and sections of mosaic flooring, was probably a roofed theatre used for musical performances and based on the inscriptions carved on the seats, wrestling contests. The theatre had a capacity of 700 to 800 seats and in Ptolemaic times it was park of Pan, a pleasure garden surrounded by Roman villas and baths. Then back to hotel. Evening at leisure. After the completing full day tour in Alexandria you will be transferred in Cairo. It’ll be approximately 2:30 hr drive. Overnight stay at Cairo.

After having breakfast go out for visiting the pyramids of giza, Pyramids of Choeps, Chepren and Mycerious. The great pyramids are the only ones surviving of the seven wonders of the ancient world. They are Egypt’s most visited monuments and among the world’s greatest tourist attractions. The Ancient Egyptians built the pyramids as tombs to preserve the bodies of their dead kings, especially that they believed in resurrection and immortality, The Pyramids of Giza lie at the western edge of Greater Cairo, about 10 kms from downtown, and comprise: The Great Pyramid: The most famous structure in the world and the only surviving of the Seven Wonders of the Ancient World. It was built by King Khufu (Cheops) of the IV Dynasty around 2650 BC. lts height now is 137 m (original height: 146 m). Almost 2.5 million blocks of stone were put into building this pyramid. All this, however, dwindles when compared to the precision and astounding ability of the ancient Egyptian in building this pyramid. Close to the eastern flank of the Pyramid of Khufu lie three small pyramids dedicated either to his wives or family members. The Second Pyramid: Built by Khafre (Chephren), south-west of his father’s (Khufu’s) pyramid though lower in height: 136 m. It still retains, on some of its upper parts, the remains of the limestone that had once covered it all. At the base, it measures 215.5 m square. lts interior is simple, with two entrances on the north side. The visitor can also still see the remains of Khafre’s mortuary temple, the Temple of the Valley, and rising causeway. These temples witnessed the religious rites during the embalming of the body. The Third Pyramid: Built by Menkaure (Mycerinus), south-west of the Great and Second Pyramids. It is much smaller than either one (62 m high). It is distinguished by the fact that the lower part of its sides still retain their granite slab coverings. The Sphinx: On the way to the Temple of the Valley, lies the large statue of the Sphinx. The Sphinx is carved from a single piece of stone.  One of most famous monuments in the world, it is indeed a legendary statue for it has the body of lion and the face of a man. lt is 70 m long and 20 m high. The face of the Sphinx closely resembles that of King Kephren. The Perfumery: Since time immemorial the Egyptians have been extracting essential oils for essences. Here you have a chance to experience the aromas like, ‘The secrets of the desert,’ ‘The lotus’ and all popular international designer perfumes and colognes. EGYPTIAN MUSEUM: Called the museum of the Egyptian antiquities, it is one of the greatest museums you will ever see, housing and unrivalled collection of antiquities reaching back 5000years. The Papyrus: The papyrus was first made in ancient Egypt- learn how to manufacture this paper using papyrus reeds. And you have an opportunity to buy some hand painted papyrus.

After breakfast at early morning you will be transferred to Cairo Airport for taking the flight towards Aswan, a city on the Nile River, has been southern Egypt’s strategic and commercial gateway since antiquity. This contains significant archaeological sites. After reaching Aswan we will go forward for the Aswan High Dam. And then you will go for the unfinished obelisks in Aswan’s ancient granite quarries. After discovering Aswans’s Landmark you will be transferred to Nile Cruise. Overnight stay at board of Cruise. Aswan High Dam: Aswan High Dam is a rock-fill dam located at the northern border between Egypt and Sudan. The dam is fed by the River Nile’s waters, and the reservoir created by the dam forms Lake Nasser. The dam’s construction began in 1960 and was completed in 1968. It was, however, officially inaugurated in 1971. The total investment for constructing the dam reached $1bn.

Relax on board the boat as it sails towards Kom Ombo and upon arrival, view the the Temple of Kom Ombo, dedicated to the god Horus of the skies and Sobek, the crocodile god. Arrive at the Temple of Horus at Edfu, a sandstone structure completed in 57 BC by Cleopatra’s father, Ptolemy XII. Re-embark and savour the scenes along the riverbanks, giving you an insight into the everyday life of Egyptians. Cross the Esna Lock, on the way to Luxor. Temple of Kom Ombo: Kom Ombo stands on a promontory at a bend in the Nile, at the north end of the largest area of agricultural land south of Gebel el-Silsila, between Aswan and Edfu. Situated on a plateau cut by two long dry streams which isolated the site, it provides one of the most spectacular settings of any of Egypt’s river temples. The temple was located in the ancient city of Pa-Sebek, “the Domain of Sobek”, who was the crocodile god worshipped since the Predynastic Period. Temple of Edfu: The Temple of Horus in Edfu (also known as the Temple of Edfu) is considered the best-preserved cult temple in Egypt. This partly because it was built later than most: in the Ptolemaic era from 237 to 57 BC. Yet despite its later date, it exactly reflects traditional pharaonic architecture and so provides an excellent idea of how all the temples once looked. Edfu is also very large: the second largest in Egypt after Karnak Temple.

Arrive into Luxor and visit the Necropolis of Thebes before continuing to the Valley of the Kings, the site of nearly all the pharaohs’ tombs. On the eastern side of Thebes is the magnificent Temple of Hatshepsut. Before lunch, you will visit Alabaster factory and Colossi of Memnon. Proceed to Luxor Temple and Karnak temple before return to your hotel. Necropolis of Thebes: Thebes, the city of the god Amon, was the capital of Egypt during the period of the Middle and New Kingdoms. With the temples and palaces at Karnak and Luxor, and the necropolises of the Valley of the Kings and the Valley of the Queens, Thebes is a striking testimony to Egyptian civilization at its height. It is a world heritage site. Luxor Temple: The modern town of Luxor is the site of the famous city of Thebes (Waset, in ancient Egyptian), the City of a Hundred Gates. It was the capital of Egypt from the twelfth dynasty on (1991 BC) and reached its zenith during the New Kingdom. It was from here that Thutmose III planned his campaigns, Akhenaten first contemplated the nature of god, and Rameses II set out his ambitious building program. Only Memphis could compare in size and splendor but today there is nothing left of Memphis: It was pillaged for its masonry to build new cities and little remains. Although the mud-brick houses and palaces of Thebes have disappeared, its stone temples have survived. The most beautiful of these is the temple of Luxor. It is close to the Nile and laid out parallel to the riverbank. Karnak Temple: The first pylon is the last to be built at Karnak and is the main entrance into the temple today. It was never completed and is undecorated; even the remains of the mud brick ramps, used to build, it can still be seen inside the great court. The north tower is about 71 feet (21.70m), and the south tower 103 feet (31.65m). If the structure had been completed it would probably reached a height of between 124 feet (38m) to 131 feet (40m). It was built by Nectanebo I (380-362 BC) who also built the huge enclosure wall surrounding Karnak and some scholars believe that an earlier pylon may have stood on this same spot. An avenue of sphinxes leads to the pylon. These sphinxes are ram-headed, symbolizing the god Amun and a small effigy of Ramesses II, in the form of Osiris, stands between their front paws. After that drop to airport for journey towards Alexandria. Overnight stay in Alexandria

Your final day starts with breakfast at the hotel followed by late check-out. You will then be transferred to the airport for your final departure.

PACKAGE PRICE IN BDT PER PERSON:

There are no reviews yet.

We would be more than happy to help you. Our team remains stand by for 24/7 at your service. 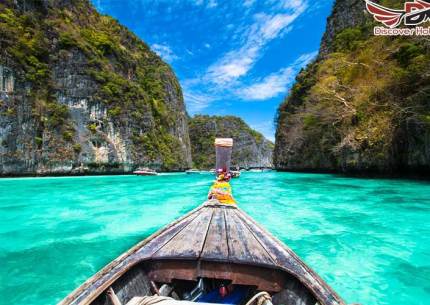 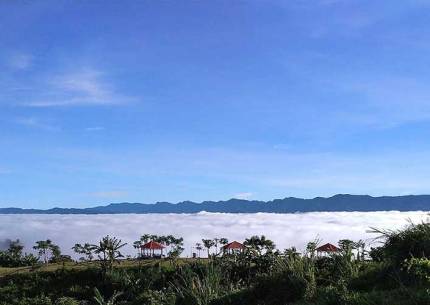 Provide our client’s unforgettable travel, enjoyable, with guaranteed services that exceed their expectations.

To receive our best monthly deals